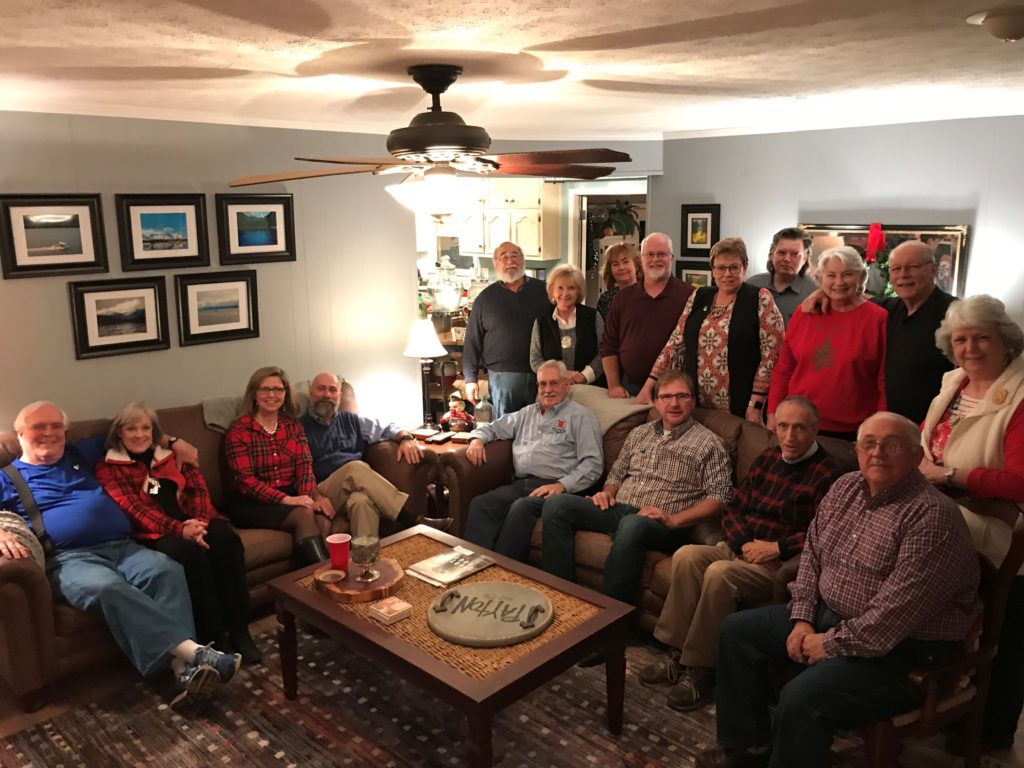 What are the ODDS? 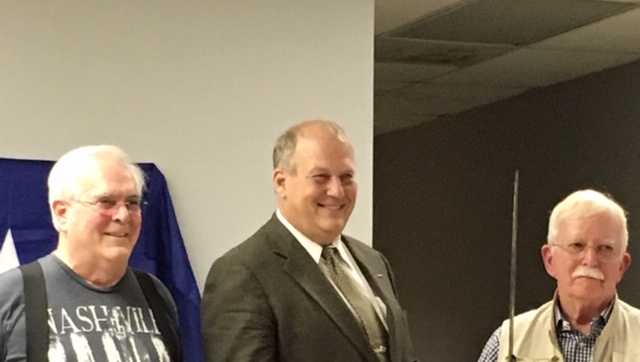 Lt Col Perry Bennet, our October presenter, was a Citadel graduate, like Banks Glover (L) and Jack Camp (R). A band of Brothers. 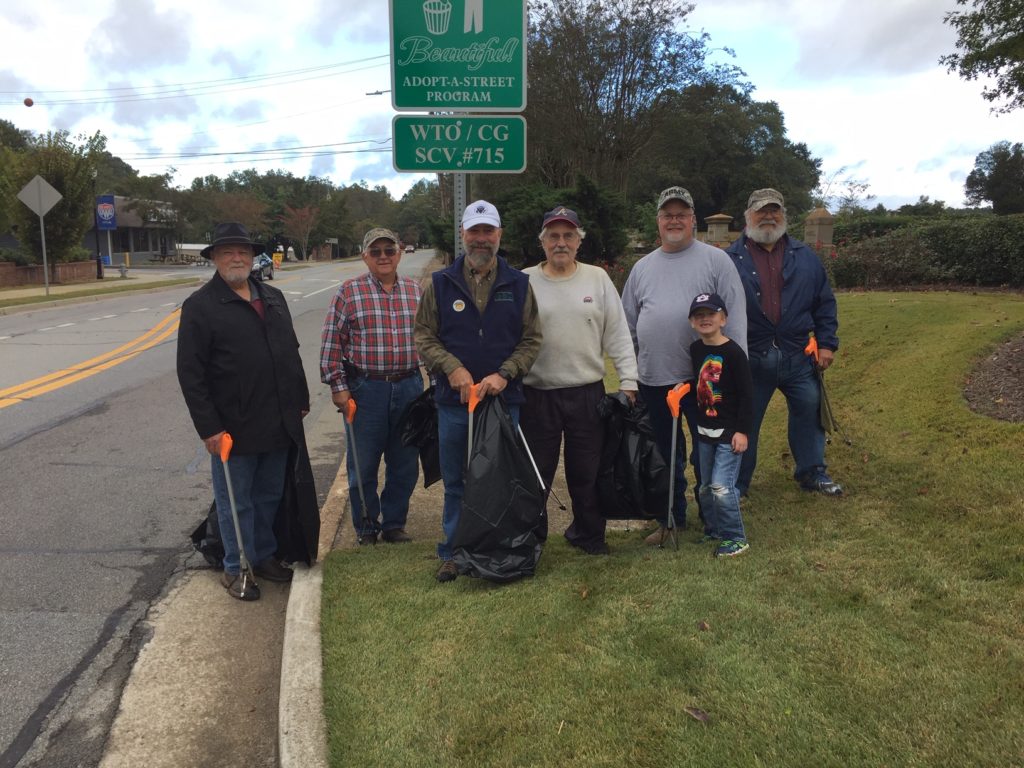 Really great picnic – good food and good camaraderie.  At last count we had over 22 people show up, including the kids. Thanks to everyone for coming and bringing such good sides and deserts. 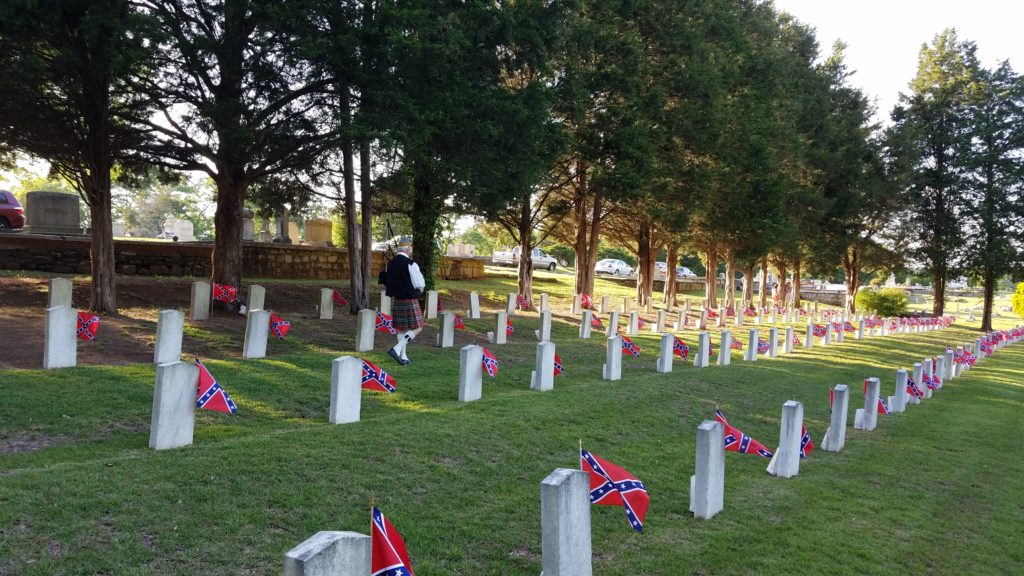 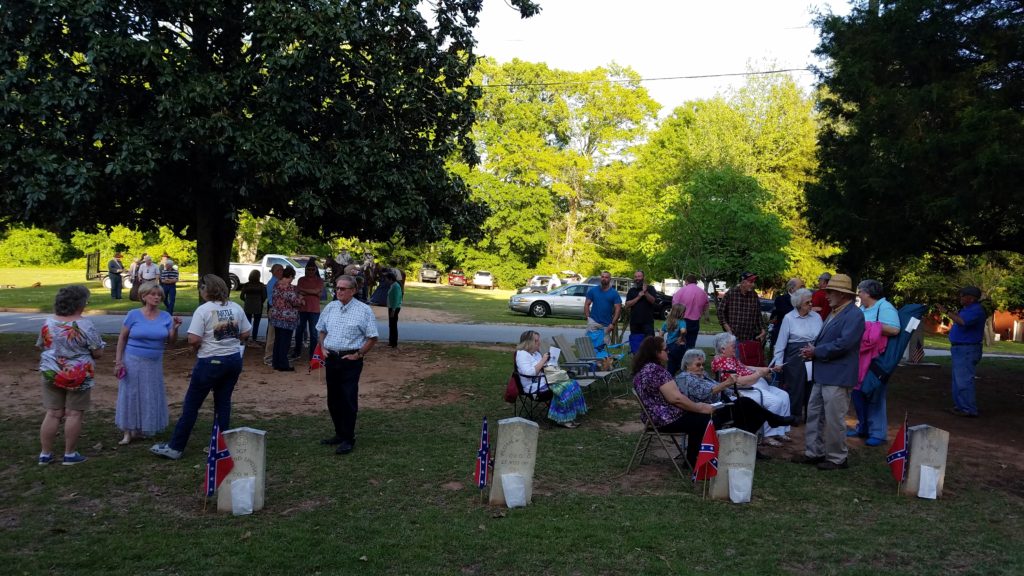 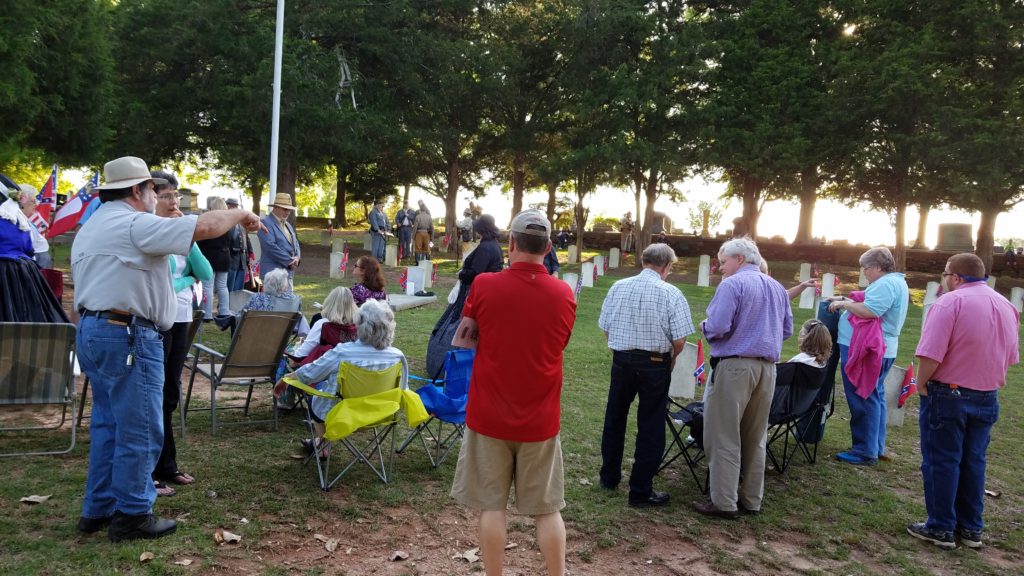 Crowds are getting larger 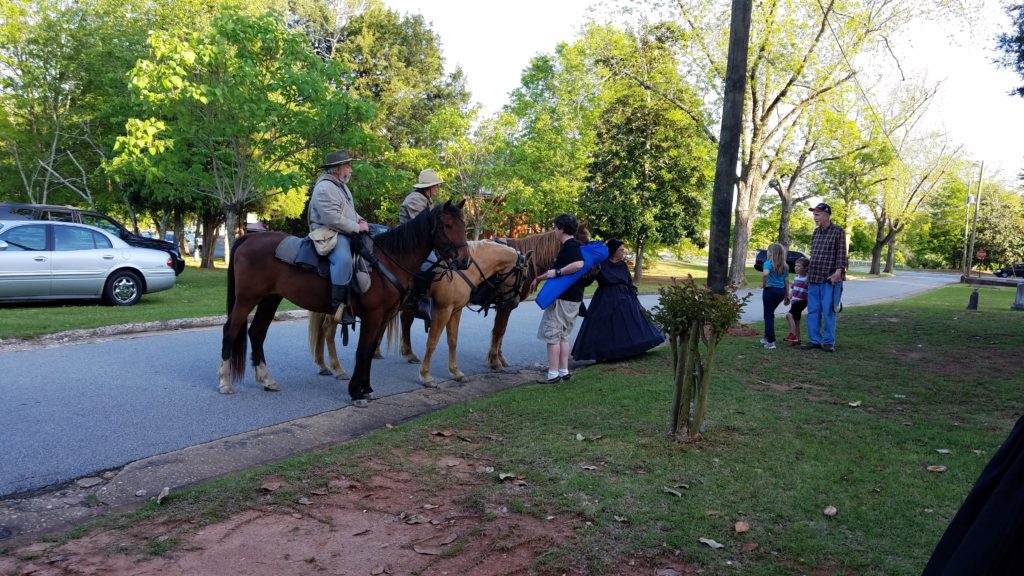 A few of the loyal reenactors. 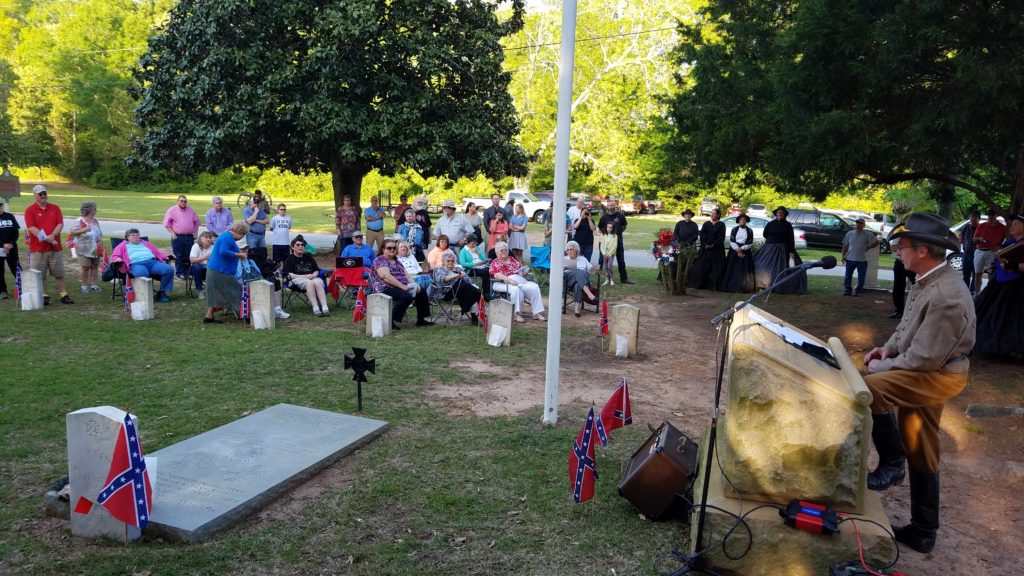 John Todd, MC and Commander of the Sharpsburg Camp. 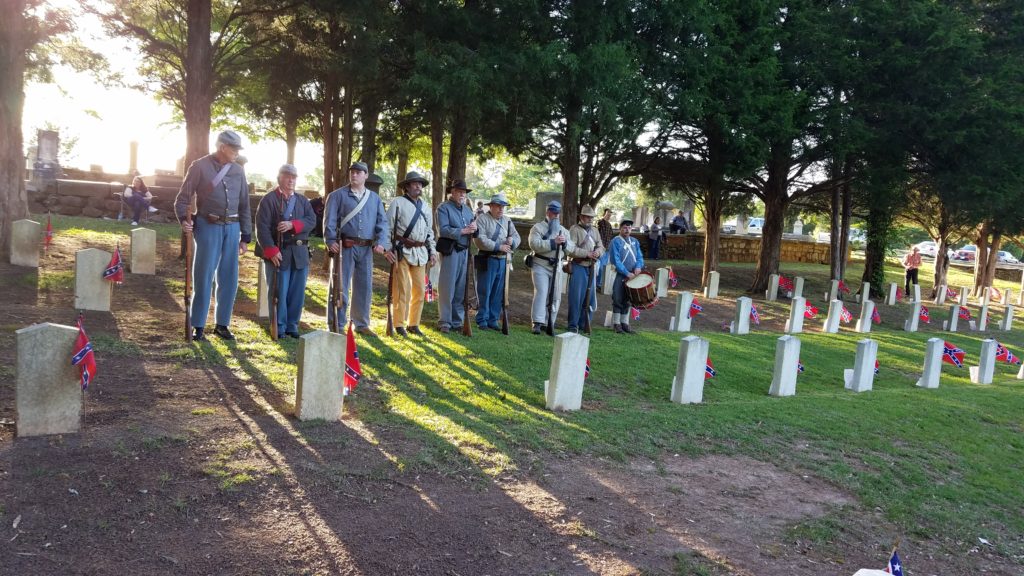 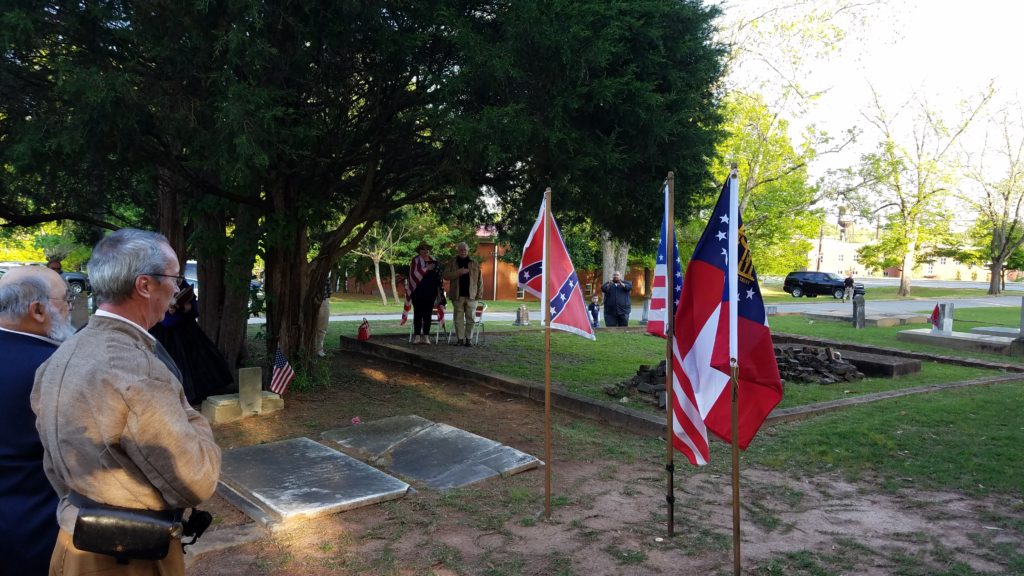 Pledge of Alliagence to the Flags. 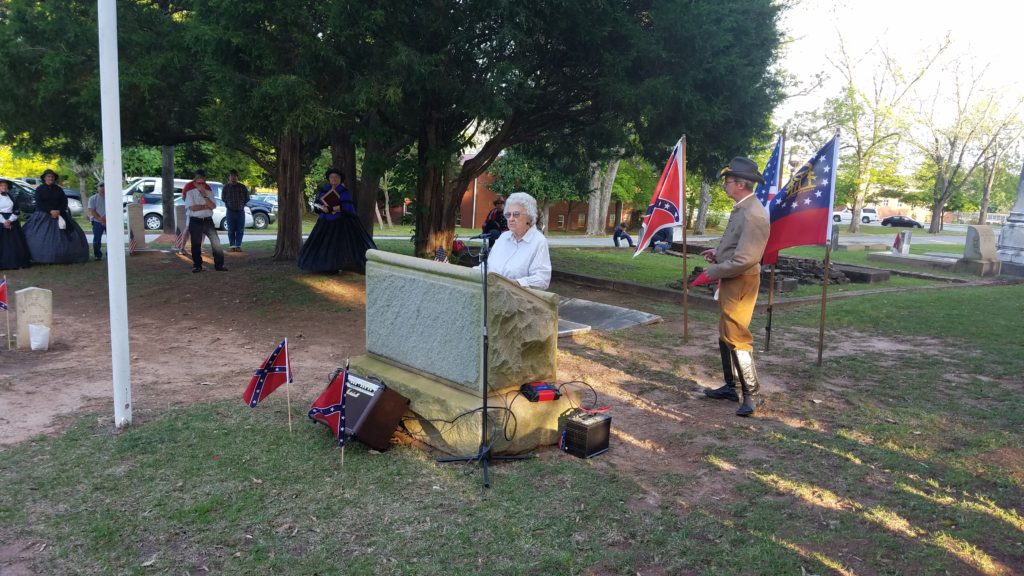 Local Historian Elizabeth Beers gives main presentation. Behind her is the Commander of the Sharpsburg Camp, 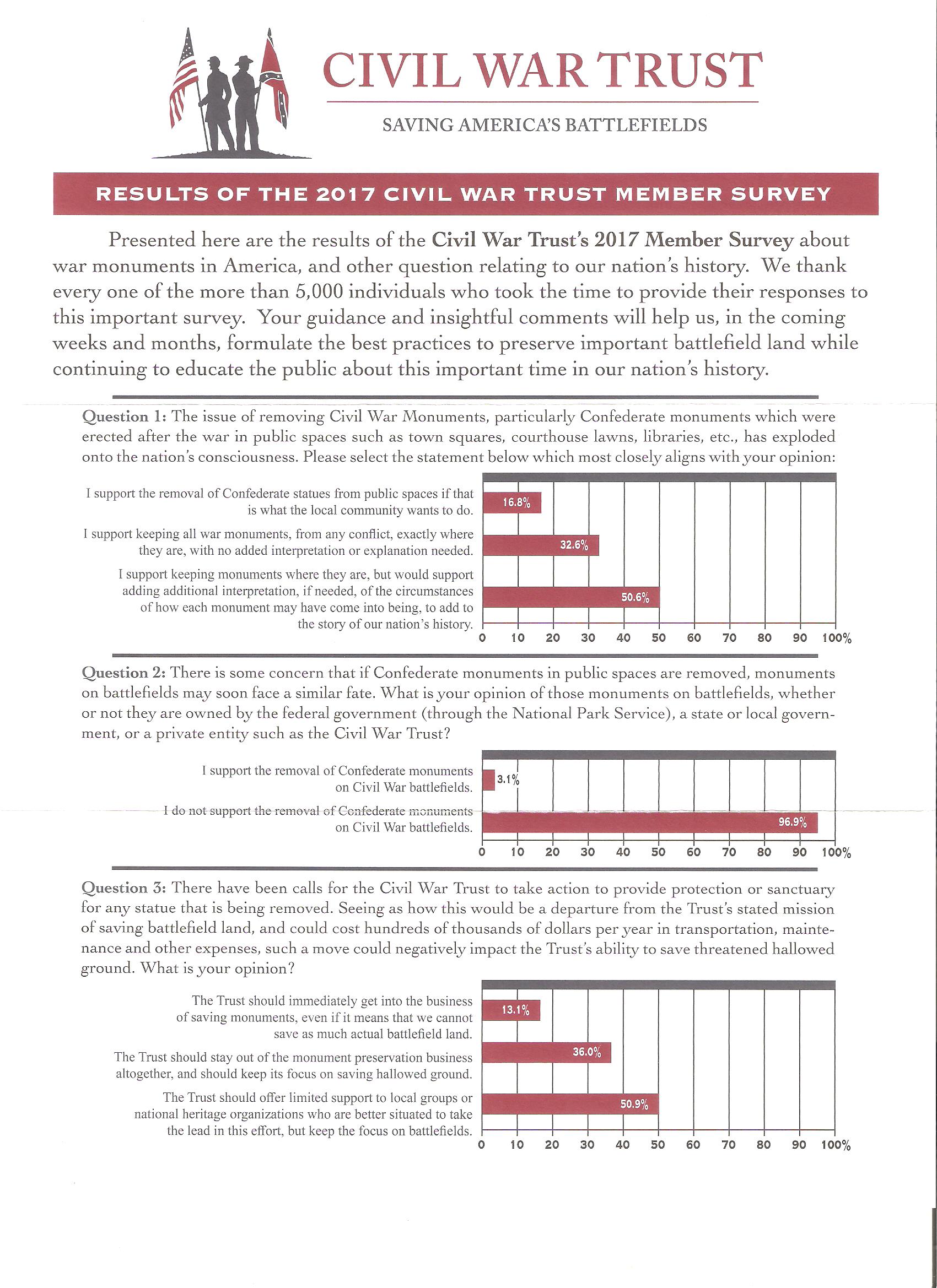 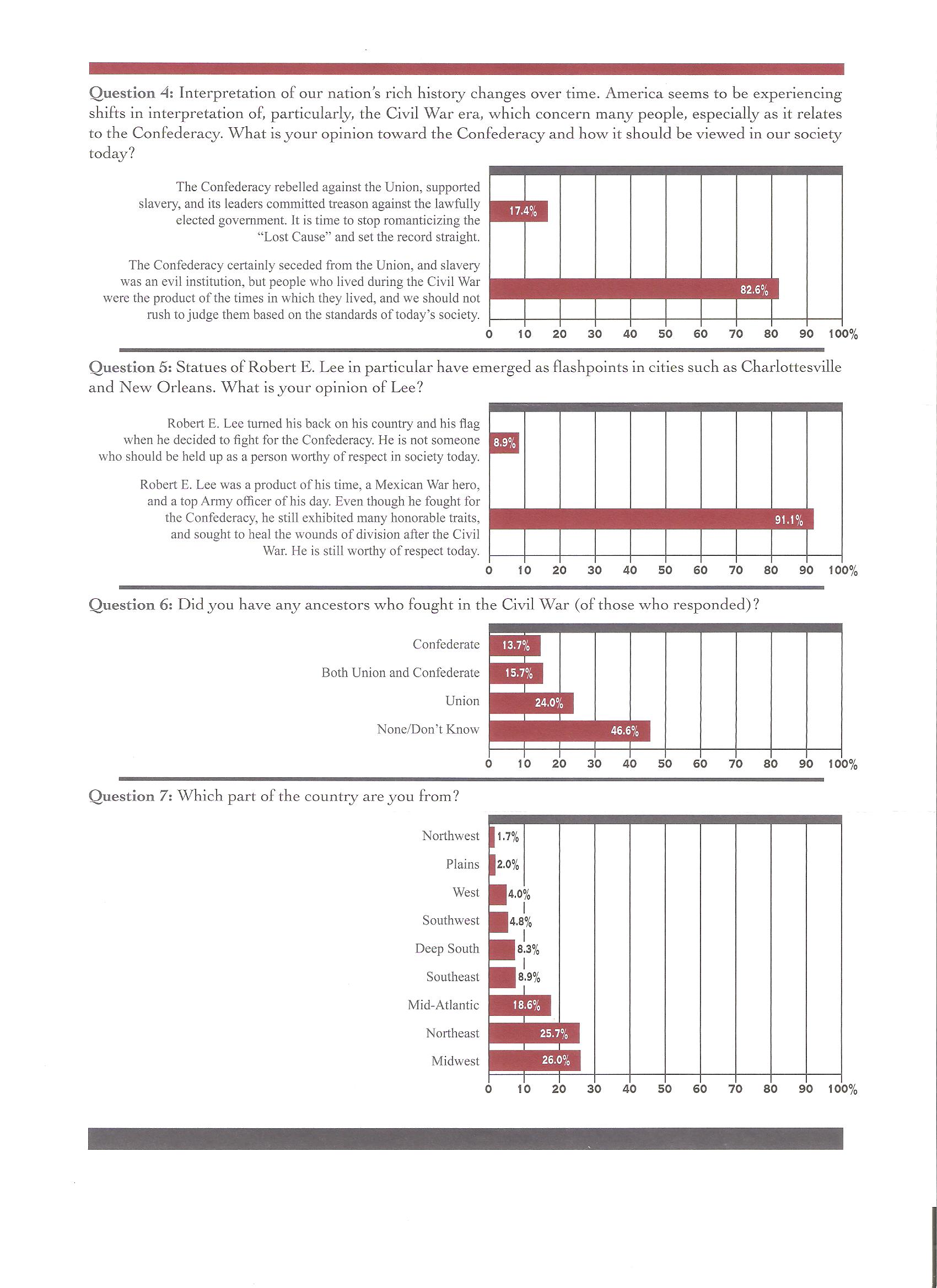 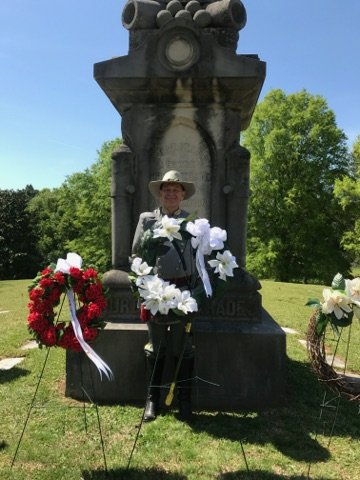 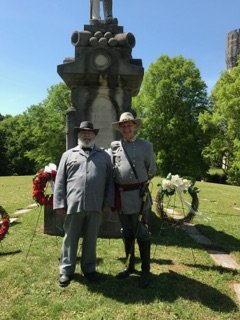 Mike Webb and David Moreland in front of the Confederate Monument in West View Cemetery in Atlanta. 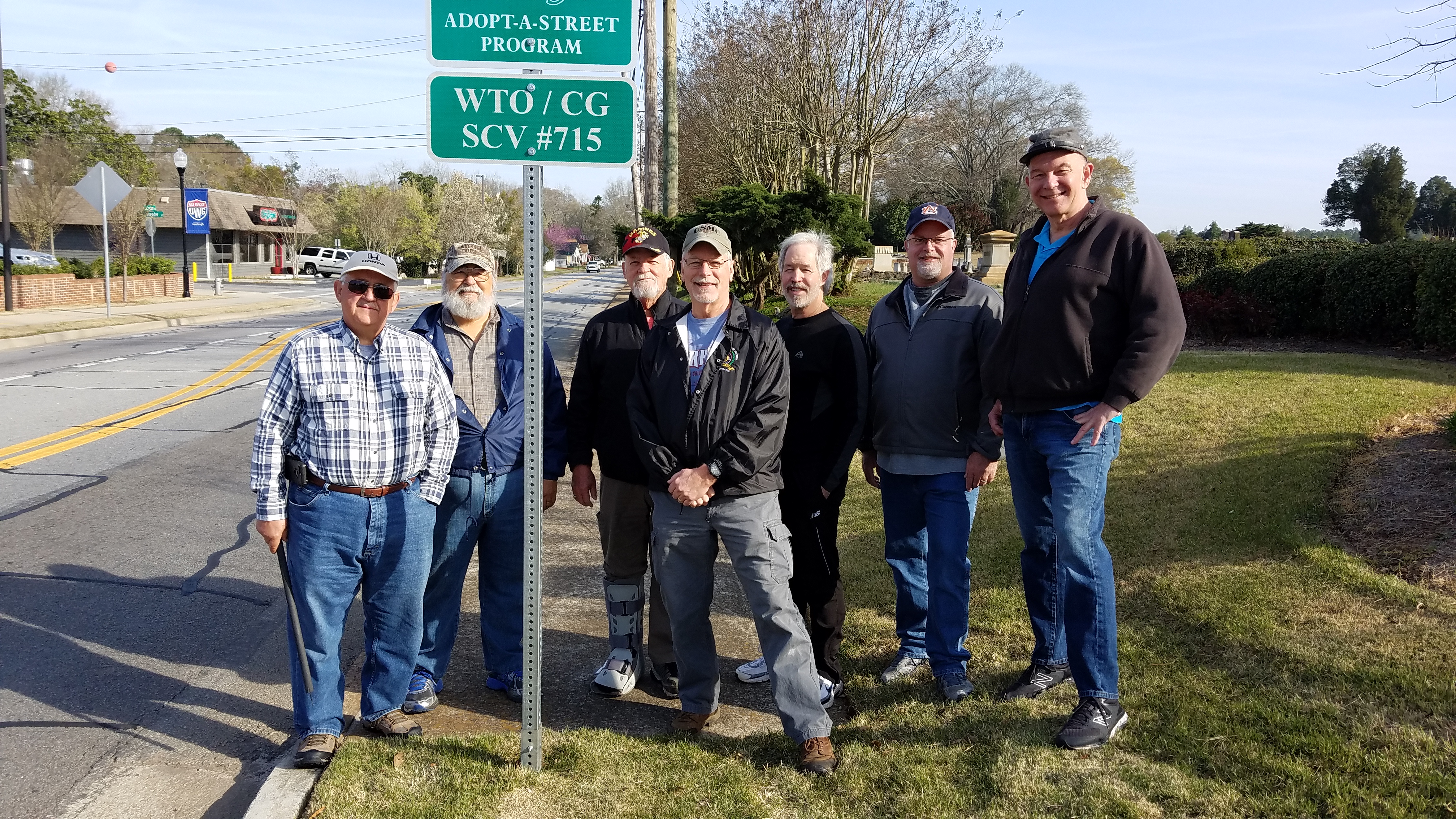 Compatriots gather to clean up “our” adopted mile, which stretches between the West Georgia Campus on Jackson Street to the city limits signage out near the Avery Park subdivision. The sign may be a bit cryptic but we couldn’t get it all on the sign: – WTO = William Thomas Overby, CG SCV #715 = Coweta Guards, Sons of Confederate Veterans, #715 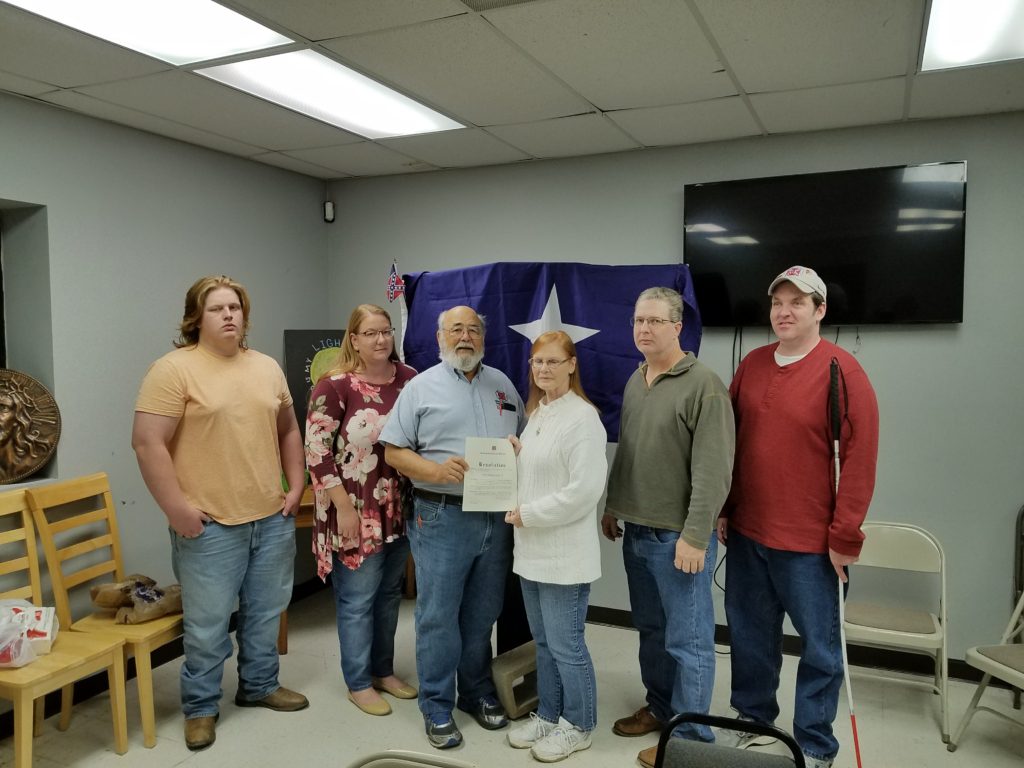 The camp recognized the passing of camp member Jack Lamb. We presented his wife Donna with a certificate recognizing his membership in the WTO/CG and the SCV.
Left to right;  Jackson Lamb,Jennifer Lamb, Mike Webb commander, Mrs. Donna Lamb wife of Jack Lamb, Morgan Lamb and Josh Evans adjutant. 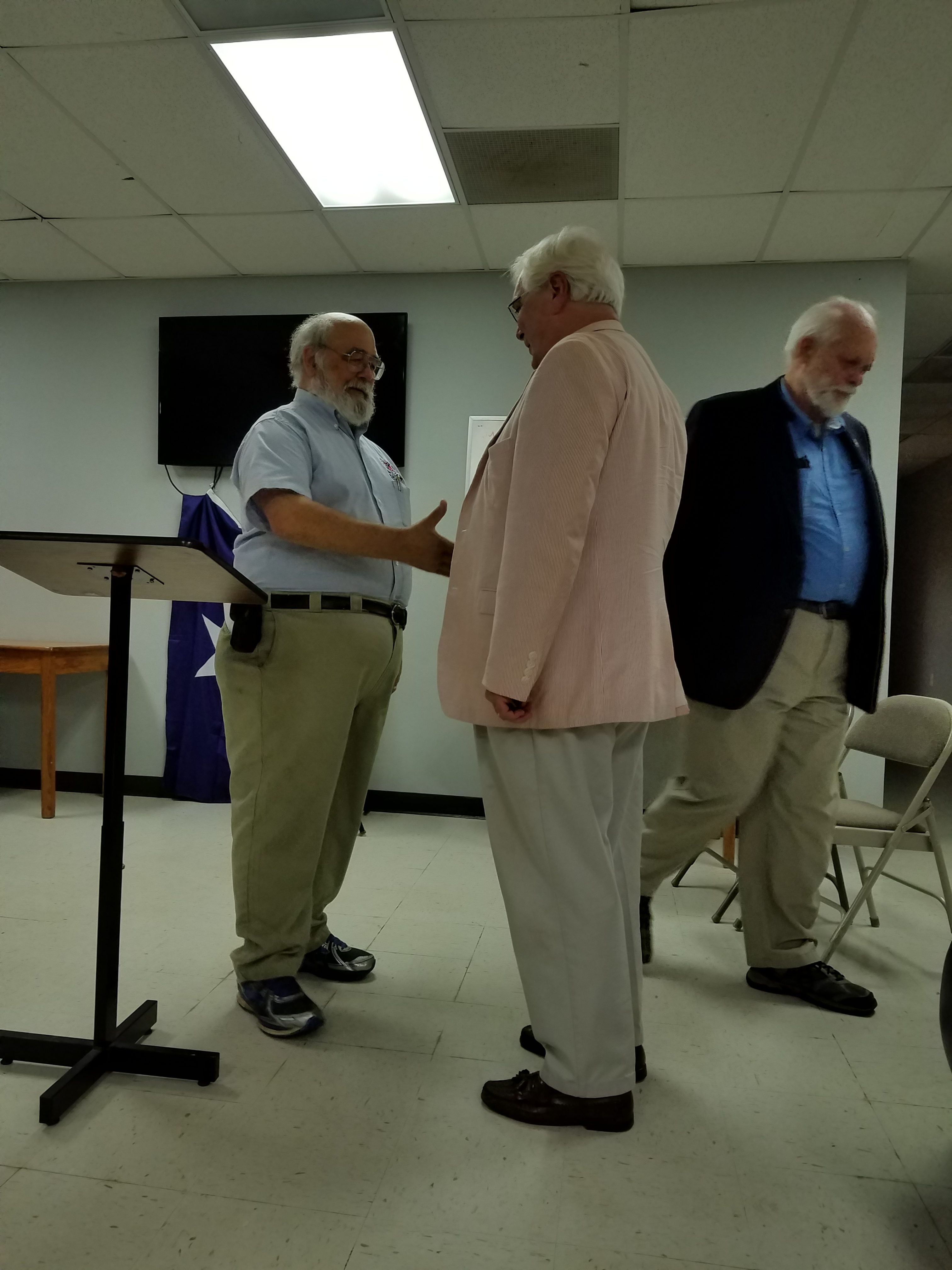